Local musicians and local recordings combine with localised vinyl to explore Llanina on a sonic meander through place, memories and music, personal and collective combine to drift on the soundwaves of Cardigan Bay.

Beginning with field recordings of the river Llethi flowing through Llanina woods, combining with the gentle playing of Ceri’s harp and Elsa’s ethereal, fragile vocal layer, we moved slowly into the churchyard, through the gate delayed by the sound of crickets, the sea washing the sound of children on the beach towards us.  The crows repeat, we move downstream towards the sea.

A voice from the waters, from 1988, familiar and reassuring suggests we are on the right path.  Moving through time and to the sea, another voice, another tide, sings to us from the past, a lullaby of memory drifting from somewhere near, holding something precious.

Ar lan y mor we hear the waves continue as the past becomes present and the present becomes everything.  The variations are pebbles on the shore, beautiful and perfect they emerge and disappear until ar for dymestl appears as a beacon in the waves.

Barrel organs from the seaside and safety signals, combine with layers of magical harp and voices of the imagined and the real, the past and the present.  A submerged bell rises from the waters, clychau Llanina emerges with fiddle and harp, tides subside we hear birdsong too before the waves return to take the bells once more.

Industrial, kinetic we move along the coast framing pictures on a tide of memory, finding pearls in the noise of shellfish, the clatter of boats leading us out into Cardigan Bay, where Wales and whales become one ar hyd y nos.

Anfon Nico, a duet, refuses to play.  This is the end.

The video above is the audio recording of the live performance in Llanina Church, the video is made from photos of the performance and other clips shown there. 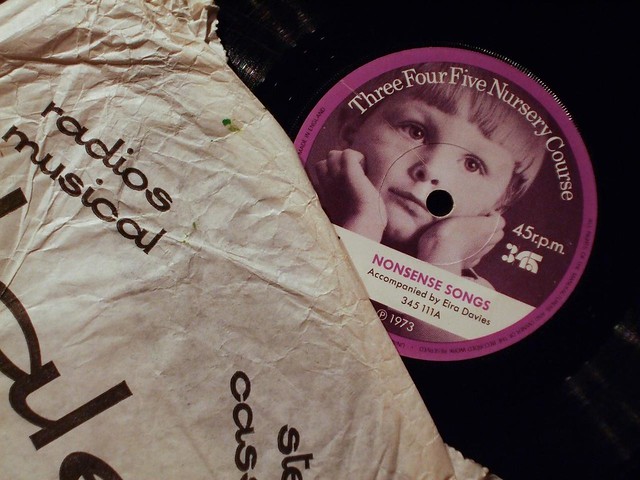 A few years back I found a cassette in the local Barnardo’s charity shop (maybe 2013?).  It was before compact cassettes got trendy again, and possibly only of interest to anyone else to record over and reuse..

I regret not listening to it when I first found it.

For as long as I can remember my Mum was an astrolger and psychic (also an author, dramatist and journalist) and offered a range of services including Astrological readings, tarot and palmistry.  Through the 1980s and into the early 90s she would record the readings for clients onto cassette so they could listen back as they liked.  Interesting to find this in a charity shop, something so personal and potentially loaded with meaning to someone..

After my mum died in 2015 I found the cassette again in a drawer of her desk and though I don’t remember that it had anything written on it when I bought it, it now has the name ‘Lou’ written on both cassette and case.  I was slightly taken aback by this as Lou was the name of my best friend who had died almost exactly a year before my Mum.  Slightly freaked out by this I decided to put it away and look at it again another time.

I felt I wanted to do something with it, to play it purposefully, for a reason.  I also wanted to be sure the tape player was not going to destroy it and set up to film and record it playing.  So here we are some years later and I decided it was time to play it for Mother’s day 2019…

So the side with the name written on it was blank – I have a memory of her asking if I had a means of making voice recordings in the last few years she was with us and I suggested she use her mobile phone – what I think happened is that my mum tried to record a message for Lou, but the microphone or tape machine didn’t work properly and just wiped the existing recording.

The second side has a recorded tarot reading for an unnamed client and has predictions for them for autumn and winter 1988, it sounded like they had a quite a busy time ahead!

I would be really interested to hear from you if you have one of these cassettes or a written horoscope/reading by Liz Whittaker, there must be quite a lot of them out there in the attics and cupboards of West Wales… 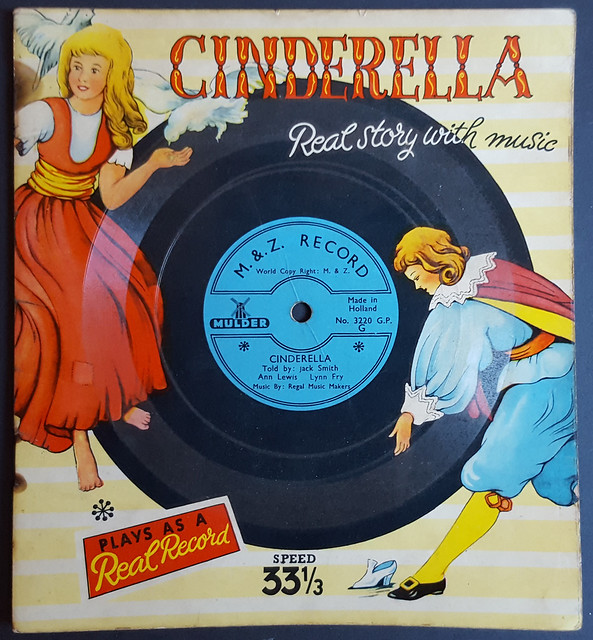 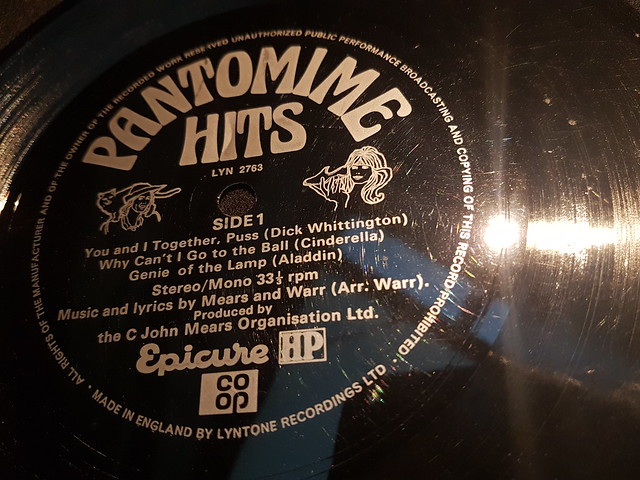 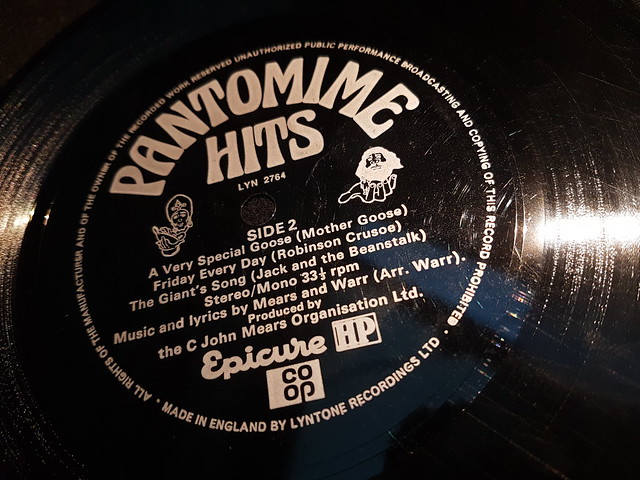 I found these recently, the story of Aladdin didnt have a sleeve unfortunately and they’re both very well played and in poor condition.  They almost played without any sticks or jumps…almost. 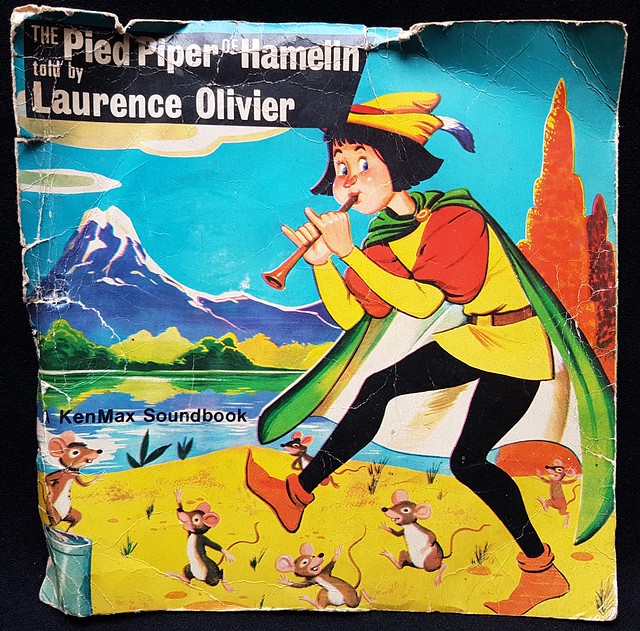 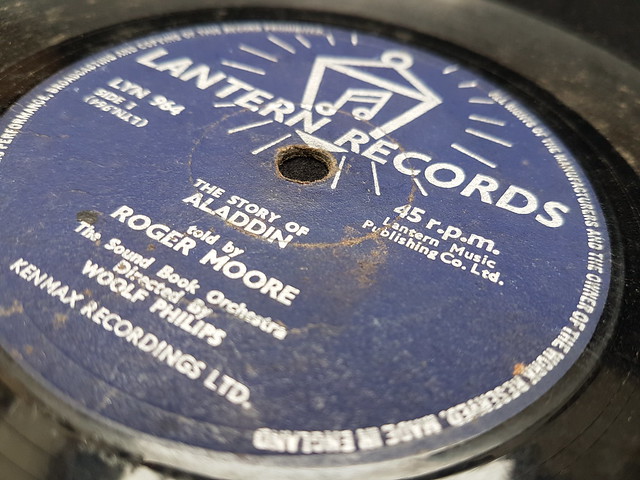 As it’s panto season I thought I’d share these Selcol flexidisc versions here.  Discogs describes Selcol as a ‘UK plastics manufacturer active during the 1950s and 1960s.’
The discs are made from what seems like a very soft, light plastic film (compared to other flexidiscs) backed with printed card.
You can see they have ‘Cut here’ printed on the sides to indicate they were originally cut from something larger, but I dont know what..  I was quite surprised how playable they are though! 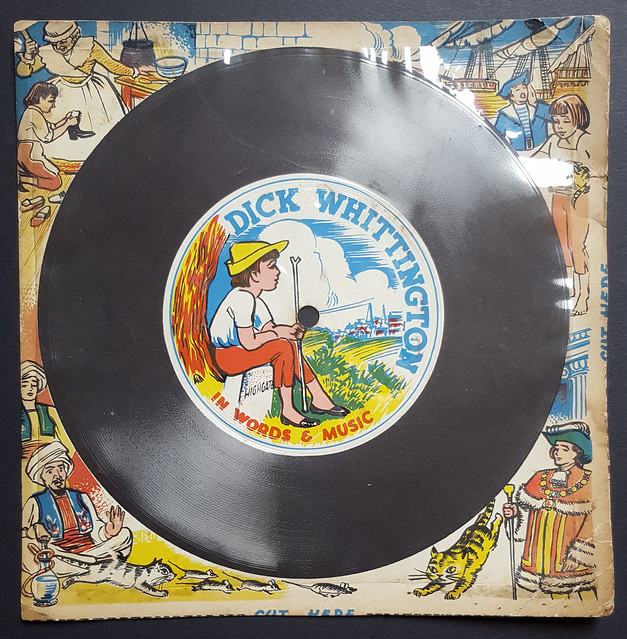 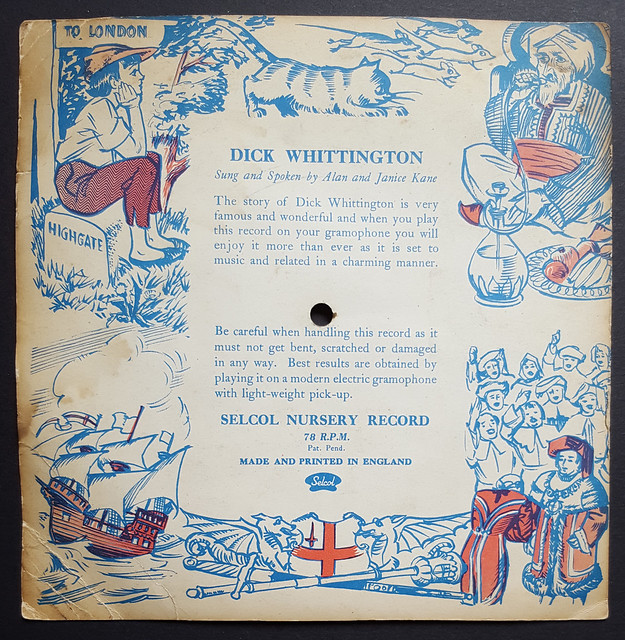 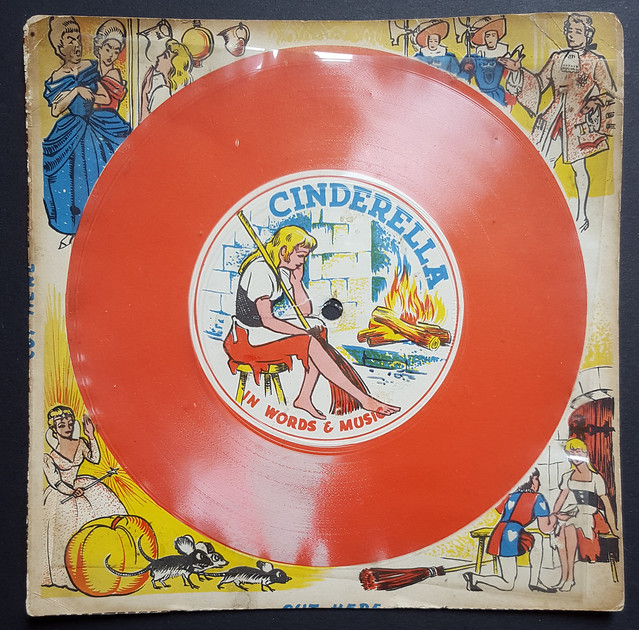 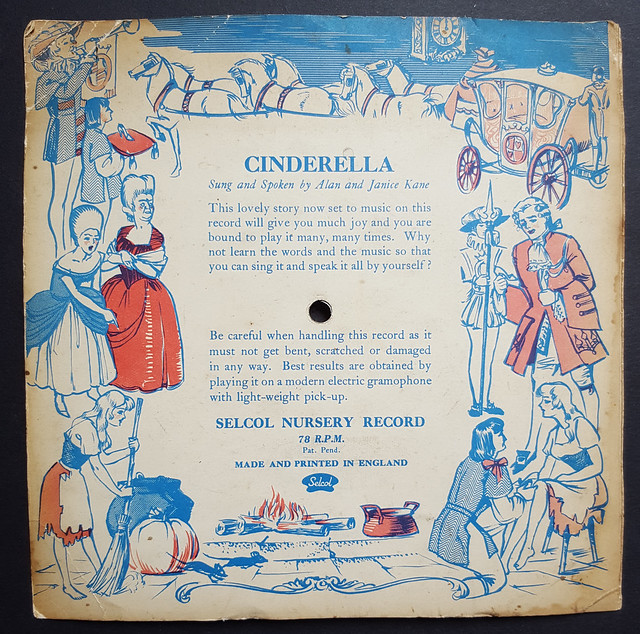 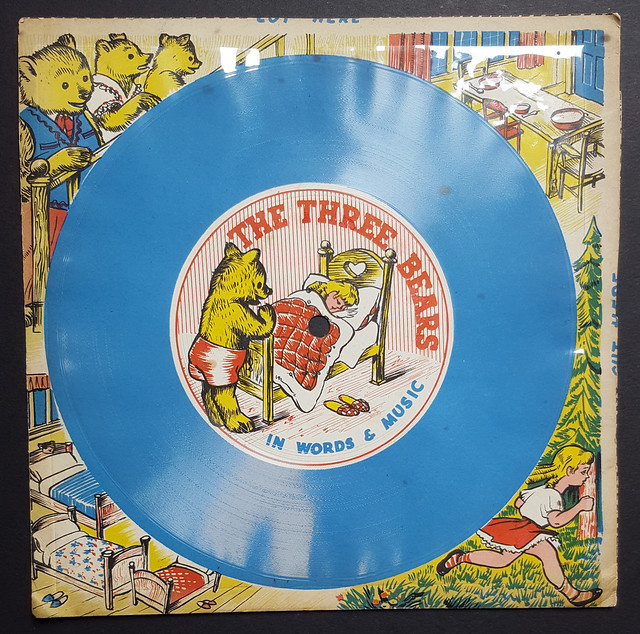 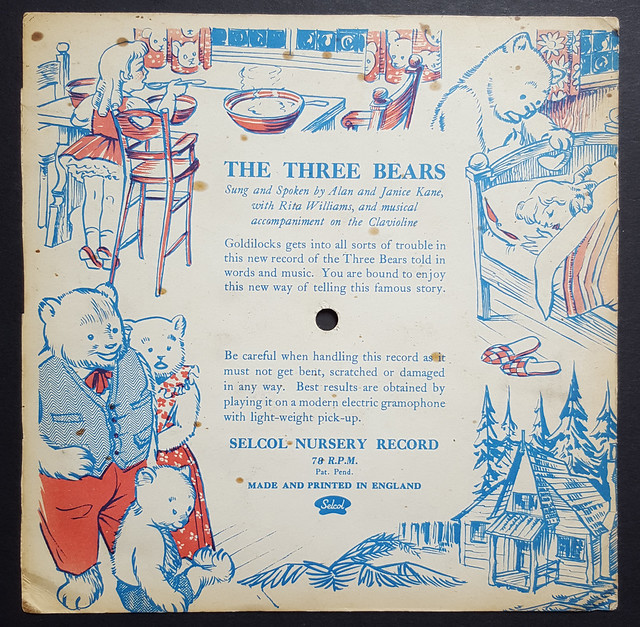 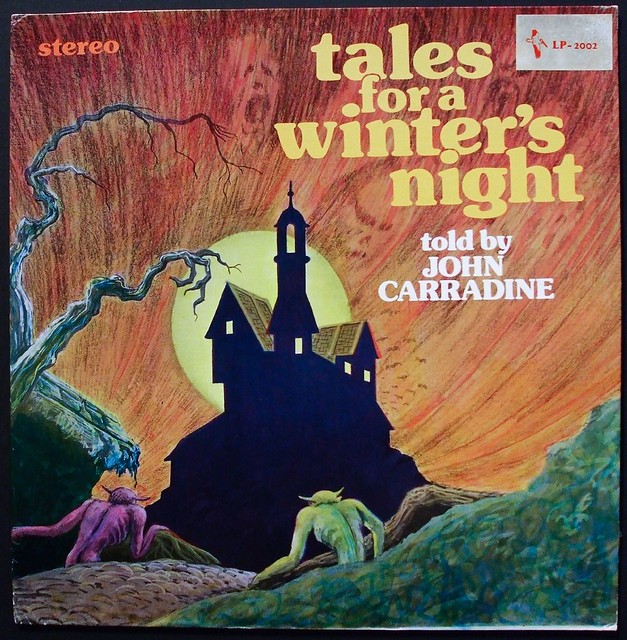 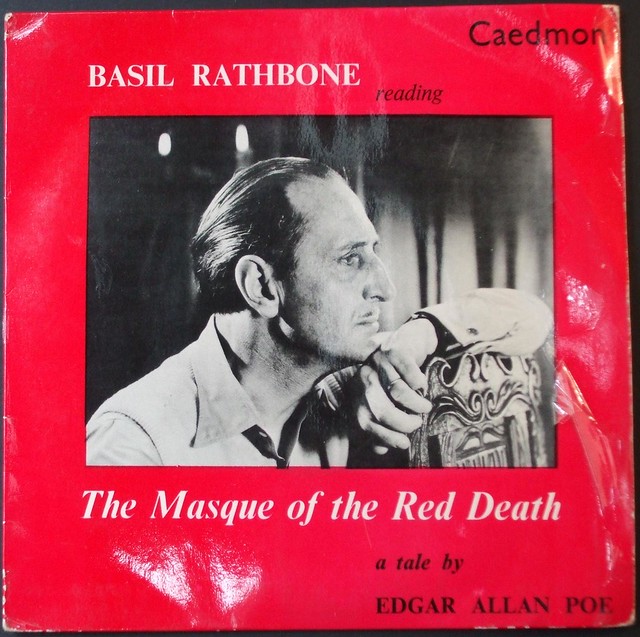